What are Eating Disorders? 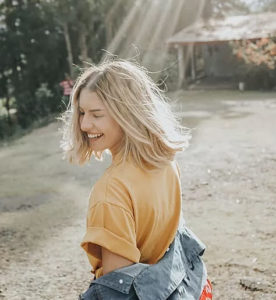 Each type of eating disorder comes along with its specific diagnostic criteria (which are outlined in the DSM-5), but the nuances between each of them are only a little bit relevant in clinical practice. It is more helpful to understand eating disorders as complicated illnesses that are characterized by a challenging relationship with food, accompanied by intrusive thoughts about food and the body that lead to unhealthy and abnormal patterns of eating. The three primary symptoms experienced by patients with eating disorders are bingeing, purging, and restricting.

What Are Some Different Types of Eating Disorders?

The primary or most common eating disorders are anorexia nervosa, bulimia nervosa, binge eating disorder, orthorexia, and a newer diagnosis, OSFED (which stands for other specified feeding and eating disorders). It is common for patients to either never officially receive a diagnosis or to have an initial diagnosis that changes over time, which is why the labels aren’t overly useful in clinical practice. Usually, someone seeking treatment for an eating disorder will be experiencing one or more symptoms of bingeing, purging, and restriction and will feel burdened by their relationship with food and the way it takes over their life.

Patients who become medically unstable and require medical treatment will typically get an official diagnosis. Most of the time, this is a diagnosis of anorexia since the symptoms of this disorder result in dangerously low body weights. Patients who are struggling with orthorexia, bulimia, or binge eating disorder often look normal, and their struggle can be relatively or easily concealed. Because of the shame inherent in sharing personal struggles with symptoms, patients will regularly leave this out when visiting doctors or therapists and may never be diagnosed. So, regardless of whether someone has been diagnosed or not, eating disorder treatment may be a necessity.

Some types of eating disorders include:

In many cases, anorexia is the “gateway” eating disorder. It is most commonly diagnosed in teens or adolescents but can affect a person at any age. If the weight loss is significant enough, refeeding in a hospital setting may be required. Once someone is refed, the intensity of the psychological upset can be amplified, resulting in a patient looking healthy on the outside but deeply distressed on the inside. It is the lack of attention to this internal distress that has patients slip right back into restrictive behaviour, thus repeating the cycle.

A patient may initially present with restriction as their primary symptom, but that restriction could lead to bingeing, or bingeing and purging, complicating their initial diagnosis. It is important to remember that a patient who previously struggled with anorexia can look like they are healthy and recovered, but the reality could be far from that.

The episodes of bingeing must happen at least once each week for three months.

Purging disorder is not an officially recognized diagnosis by the DSM but is a disorder where a person engages in purging behaviour to influence their body weight or shape without bingeing. Purging behaviour includes vomiting, misuse of diuretics and laxatives, and excessive exercise.

Signs that someone could be purging are:

Orthorexia is an eating disorder characterized by an obsession with eating only healthy or clean foods that becomes intrusive and increasingly more restrictive for the person experiencing it. Patients often over identify food as the cause for undesired or uncomfortable experiences they are experiencing, which perpetuates the fear of these foods. Each person suffering from orthorexia has a food preference and their own rules. The irony of orthorexia is that the pursuit of health through extremely clean eating becomes very unhealthy.

Symptoms of orthorexia are:

Exercise addiction is a behavioural condition that is often caused by underlying issues such as eating disorders or a distorted body image. Exercise addiction is not recognized formally as a clinical diagnosis. However, some people struggle with it, just like other substance or process addictions.

Symptoms of exercise addiction include:

The term Eating Disorder Not Otherwise Specified (EDNOS) was previously used to describe what is currently known as Other Specified Feeding or Eating Disorders (OSFED). OSFED is a condition where a patient exhibits symptoms and behaviours of an eating disorder that cause clinically significant levels of impairment and distress but do not fully meet the criteria for any specific disorder. These patients do often have a mixture of symptoms seen across multiple eating disorders.

OSFED is a diagnosis of exclusion or a catch-all diagnosis and is made through addressing the reasons why the symptoms that a person exhibits do not fit a specific disorder. In reality, most patients with an eating disorder will not fit perfectly into one of the recognized eating disorders because of the dynamic nature of symptoms.

Indications for a diagnosis of OSFED include:

Talk to a Health Practitioner!

Living with any eating disorder is unique experience for each individual. Even when two people are suffering from the same eating disorder, the treatment approach is often different for each person. We customize our treatment for you because our objective is a recovery that extends beyond refeeding and interrupting symptoms. The first step to enjoying a healthy life is to book your appointment with one of our practitioners. After you overcome your symptoms and eating disorder, you will be in control and feel secure, capable, and resilient.

Let's get in touch

Give us a call or drop by anytime, we endeavour to answer all enquiries within 24 hours on business days.